Modern, British, fine dining, unique – a melee of descriptive expressions that so often fail to deliver and should never appear in the same sentence. Many have tried and failed to lever these into a restaurant biography to their ultimate regret but then Grafene comes along and beautifully sets the record straight. Discreetly tucked away just off the highly coveted King Street in Manchester, this inviting and unassuming sister venue of Losehill House Hotel & Spa in Derbyshire eloquently replicates the essence of casual countryside dining, in the heart of the city. 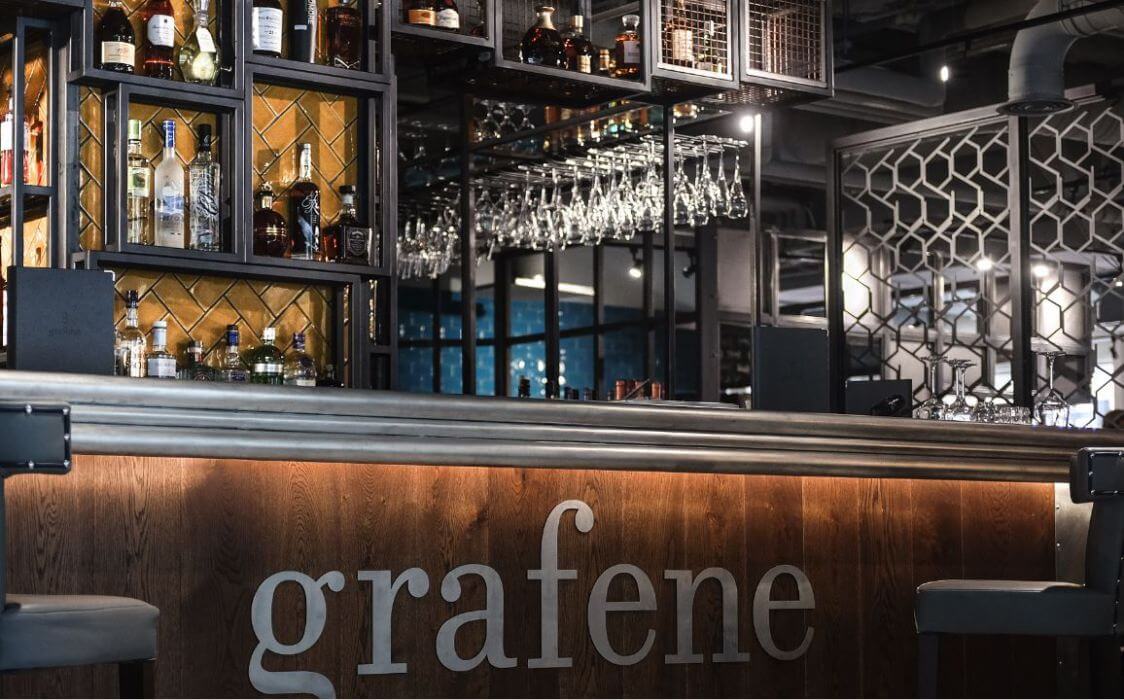 On entry the aroma of the open pastry kitchen, an enticing island bar and a duo of private yet not secluded dining areas welcome you. Grafene quite rightly prides itself on its locally, non GM sourced ingredients, the majority from artisan suppliers. The daily changing and continually evolving a la carte menu has considerable imagination although your greatest challenge may be to prize yourself away from the ‘straight from the oven’ bread selection, which, quite frankly, is exquisite.

It would be tempting to wax lyrical about the partridge, braised leg pastilla, pomegranate and salsify starter, yet this would prove an injustice to the torched mackerel, butternut squash gnocchi or white chocolate cheesecake with spiced clementine and pain d’epice ice cream. And then there is the formidable cheese selection! The exceptional 7 and 5 course tasting menus are perfectly supported by exemplary wine flights or an array of speciality gins are available should this be more to your taste. All menus cater for every discernable palate without being over elaborate in their number or description.

Everything about Grafene is welcoming and understated. The service is extremely attentive yet unobtrusive and there is a passion and expertise from all involved. Owner Paul Roden has assembled a team of the highest quality, and quite rightly, no apology is made for the ‘Britishness’ of their approach. No essence of formality or stuffiness is apparent either in each dish or the surroundings, in fact the relaxed atmosphere of the venue inspires the culinary equivalent of easy listening. 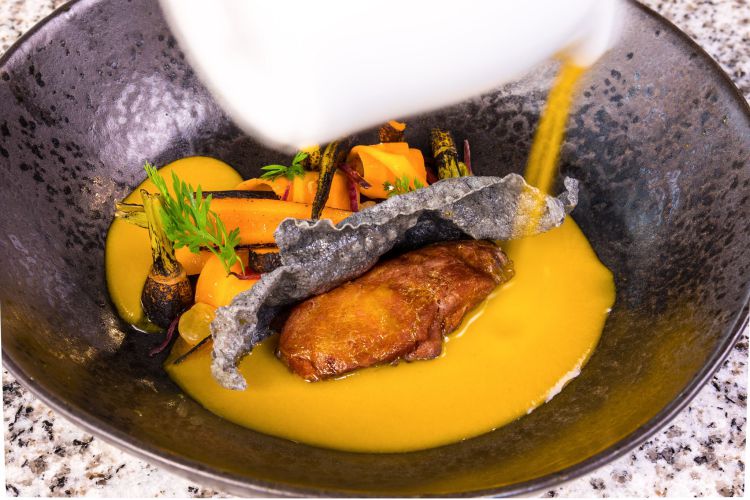 Named after one of the strongest materials on earth, Grafene has lived up to its billing by withstanding early criticism to emerge as one of the best venues in the centre of Manchester. The dramatic pace of development and expansion of the food and drink scene in the city is testament to the growth of culinary culture in the area. New bars, restaurants and high-end dining establishments are opening on an almost weekly basis across the conurbation with many believing that saturation is imminent. Grafene counters this argument perfectly by providing an all-round experience of undoubted quality.