The eagerly-awaited 2019 Michelin guide is out and the highlight this year is the addition of three new two-star restaurants – Kitchen Table at Bubbledogs (Camden) and Core by Clare Smyth (Notting Hill) in London and Moor Hall at Aughton, near Ormskirk. It’s also been a good year for pubs - four venues across the country have been awarded a Michelin star.

Clare Smyth is a protégé of Gordon Ramsay and latterly she headed up his flagship restaurant, the three-Michelin-star Restaurant Gordon Ramsay in Chelsea. It’s quite the achievement for her new solo venture to go straight into the Michelin guide with two stars (as well as scoring 10/10 in the Good Food Guide and ranking No. 3 in the UK). Likewise, Mark Birchall at Moor Hall earned his spurs under another famous chef and has now matched the achievement of his mentor Simon Rogan, who holds two stars at his Cartmel restaurant L’Enclume. James Knappett at The Kitchen Table serves just 20 covers seated around the counter of his theatre kitchen and has added a second star to the first he was awarded in 2014. 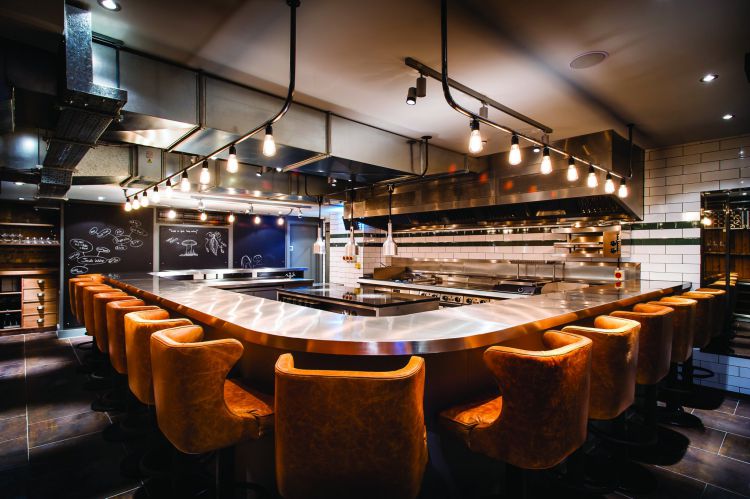 Four pubs picked up a coveted Michelin star. The Fordwich Arms at Sturry, near Canterbury; The White Swan at Fence, near Burnley; The Flitch of Bacon at Little Dunmow, Essex and The Blackbird at Bagnor in Berkshire. There was no change at the top with the UK’s five top-rated venues all retaining their three Michelin stars – Alain Ducasse at The Dorchester, Restaurant Gordon Ramsay and The Araki in London and The Fat Duck and Waterside Inn at Bray in Berkshire.