Seafood and Sparkling Wines at The Inn, South Stainley

Previously The Red Lion, The Inn at South Stainley, Harrogate, is now part of the award-winning Seafood Pub Company and is approaching its first birthday following a six-month refurbishment and the addition of 12 luxury guest bedrooms last year. Earlier this month the gastropub held its first gourmet event - Seafood and Sparkling Wines of the World.

Before dinner was served guests were treated to a fish-preparation demonstration, sparkling wine tasting and Yorkshire ethical caviar talk. Seafood expert Chris Neve filleted a 7kg North Sea cod landed into Scarborough and told nautical tales including the Seafood Pub Company family heritage with the family arriving into Grimsby back in 1850. Master sommelier Kevin Rooney shared four sparkling wines from around the world paired with each course and favourites of the evening included NV Vouvray Brut, Didier Champalou from the Loire Valley and British sparkler, NV Classic Reserve, Hattingley Valley. John Addey, of Yorkshire’s KC Caviar, shared the inspirational story behind them becoming the world’s leading ethical and sustainable caviar producer and shared their caviar with the guests. 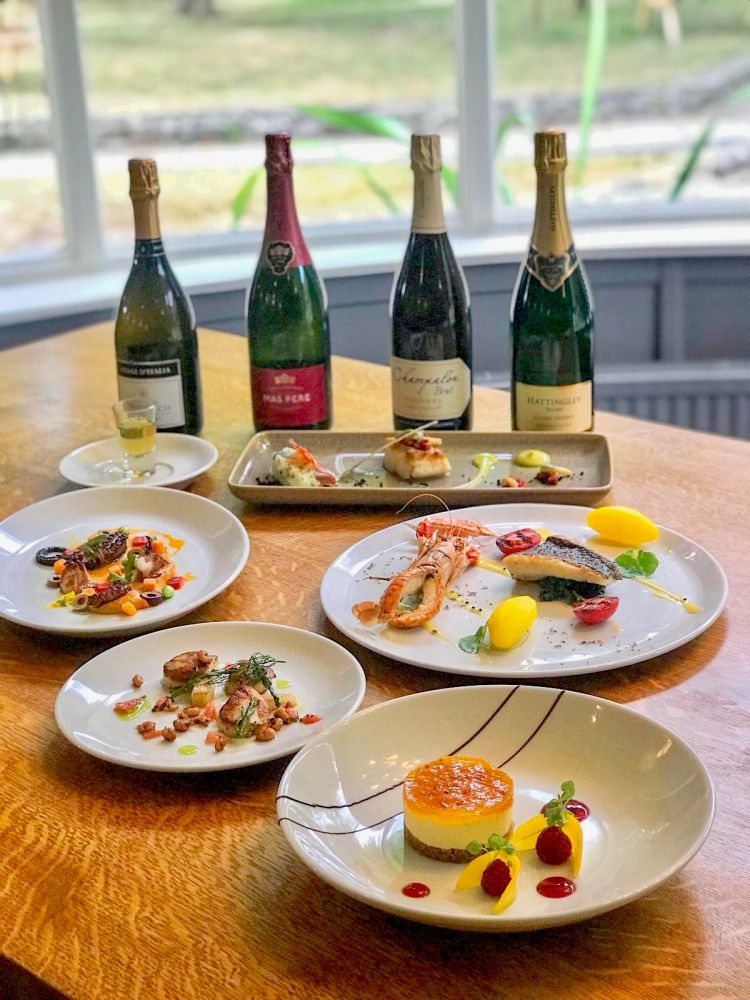 The five-course seafood menu included King Scallops with salsify, monks beard, blood orange and brown shrimps and Turbot with butter poached langoustines, rainbow chard and saffron potatoes. “The seafood dinner is the first of a series of gourmet dinners to come at The Inn,” says Head Chef Lee Unthank. “We were overwhelmed by the response from guests and have already begun planning our Beef Dinner which will include a full butchery demonstration and a game dinner for later in the year. We’re just as passionate about the quality of our meat and game as we are our seafood.” Those that stayed the night enjoyed a full Yorkshire breakfast in the morning, with some even staying on for the Sunday roast!

The Inn At South Stainley