French restaurant group Bistrot Pierre has opened its fourth restaurant in the North in a prime location on Preston’s Fishergate. It’s a stunning restoration project which has brought one of Preston’s most iconic buildings back to life - the 160-year-old former Baptist church near the railway station. “This is an incredible space and is such an integral part of Preston’s history,” says Robert Beacham, co-founder of Bistrot Pierre. “It’s the first time we’ve opened a bistrot in a former church – we’ve managed to maintain its original features throughout and highlight some of the beautiful, architectural accents that make this building so incredible.”

The new venue seats more than 200 diners, with outdoor seating also available for 50 diners to enjoy summer evenings dining al fresco. A mezzanine level has been added and the old church clock, which had been out of order for three years, has been intricately repainted, serviced and restored to its former glory as part of the restoration. 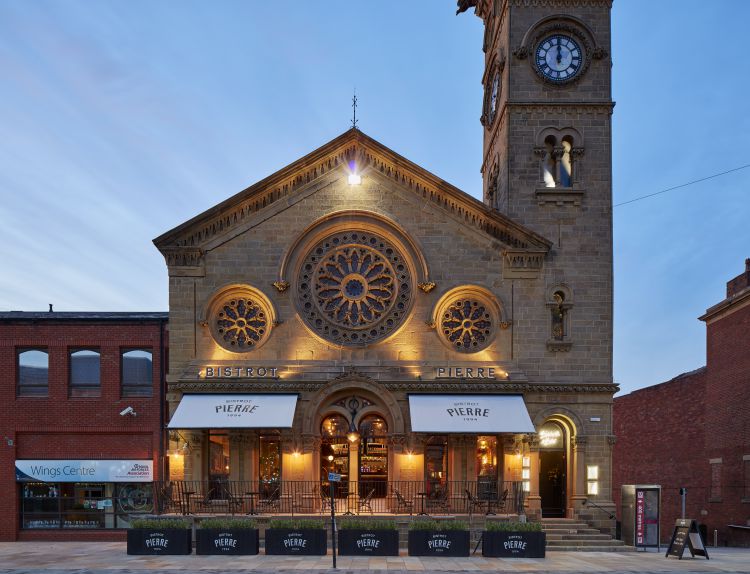 Bistrot Pierre opened its first bistrot more than 20 years ago and is renowned for its traditional, French bistrot-style of cooking. The new Summer menu features a series of classic dishes including Pavé de Steak, Boeuf Bourgignon and Bouillabaise as well as some new dishes including Salade de Canard – a Vietnamese, crispy duck salad – and Saumon Basque – which is a classic Basque dish of pan-fried salmon. 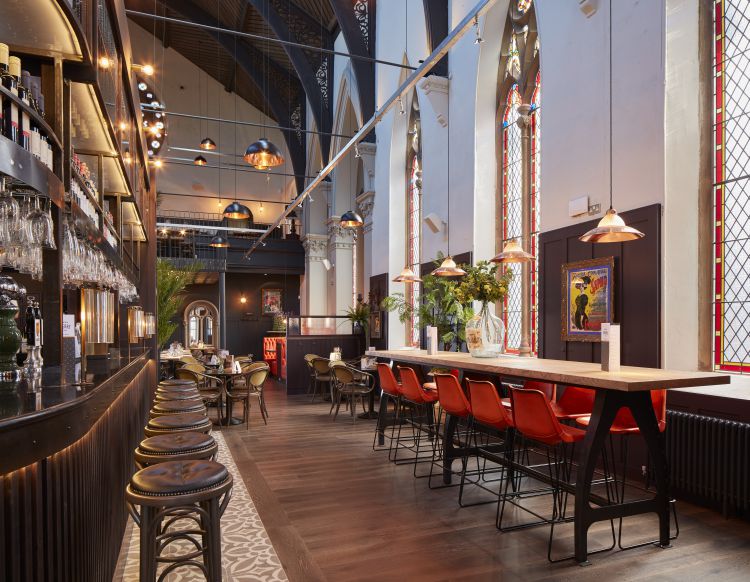 Bistrot Pierre is open seven days a week for breakfast, lunch and dinner. As well as the main al al carte menu there’s a great-value two-course Prix Fixe lunch for £11.95 and a two course Prix Fixe evening menu for £15.95 as well as gluten-free dishes and a children's menu, which comes with a bespoke 14-page activity pack.

Bistrot Pierre are now serving Afternoon Tea for just £11.95 per person. Enjoy a selection of baguettes, French patisseries, and of course the classic fruit scone with clotted cream and strawberry jam with your choice of hot drink for just £11.95. Available every day between 2.30pm and 5.30pm, book your table today… https://www.bistrotpierre.co.uk/afternoon-tea/