When you think of championing British produce, wine didn’t used to be one of the first things you’d consider getting patriotic about. But, in the past decade, times have changed; UK vineyards are proving worthy rivals to their European counterparts.

From May bank holiday weekend, we celebrate English Wine Week – seven days in which producers across the country are hoping that consumers yet to discover the UK’s award-winning wines will sample a home-grown tipple or two. From Saturday 27 May to Sunday 4 June, vineyards, wine merchants, delis, restaurants and hotels will be backing the national campaign to raise awareness of the great quality wines produced in the South of England, Midlands, Wales and even as far north as Yorkshire. 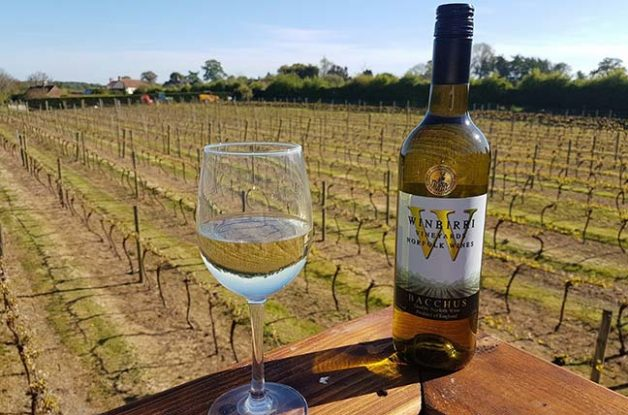 English wine is not new, there have been vineyards in Britain since before the Romans. However, it is only over the past decade that buyers and consumers are waking up to the fact that there are some seriously good wines out there. It’s not just about provenance and low carbon footprint – the UK now produces world-class wines. Award-winning Bacchus from Norfolk made by Winbirri Vineyards near to Surlingham in East Anglia has won the World wine ‘Decanter’ awards ‘Platinum Best in Show’ medal for best value white wine made from a single grape variety.Sparkling wines from the likes of Cornwall’s Camel Valley, West Sussex’s Nyetimber and Worcestershire’s Sixteen Ridges stand up to many of the market leader Champagnes and Cavas.

Simon Day, of Sixteen Ridges, explained why the annual English Wine Week is still relevant despite growing consumer awareness. He said: “English wines are quite rightly receiving more and more column inches in both the trade and national and local press. The idea behind English Wine Week is that now having read about them, wine consumers will have the chance to try some of the excellent still and sparkling wines that this country produces at hundreds of events being held across the land. Like many other English wineries, Sixteen Ridges will be hosting tastings in venues as diverse as farm shops, local wine merchants, restaurants, hotels and even a screening of Four Weddings and a Funeral!”

Marked as English (or Welsh) wine, these wines are very different to wines labelled as ‘British’ which is wine that is simply fermented and bottled in Britain but from grape juice grown abroad and often concentrated. English wines are those that have been lovingly grown, created and bottled at vineyards in the UK. Projections by UK wine industry promoters English Wine Producers are that wine production will double in the next five years. This year, they say, one million vines will be planted in the UK. The UK is already home to more than 500 vineyards, that’s around 5,000 acres of land producing quality sparkling, white, red and rose; two thirds of this is sparkling wine. 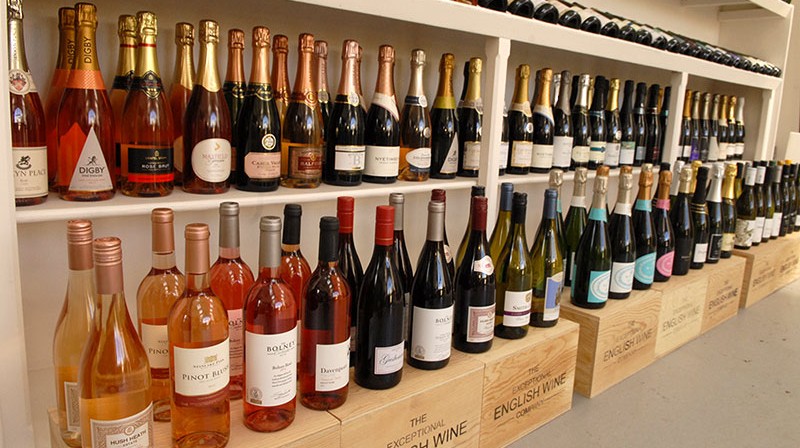 Wine merchant Jascots says that English sparkling wine has overtaken Spanish Cava to become the third most listed restaurant wine after Italian Prosecco and French Champagne. English wines are regularly served proudly at state functions, and will be served in every British Embassy across the globe, as well as securing more space on supermarket shelves; so keen is Waitrose to extol the virtues of our vineyards, that it has become the first supermarket to export English wine to China this year.

Rebecca Hull, English Wine Buyer at Waitrose commented: “Waitrose have been stalwart supporters of English and Welsh wines for many years now, and we see customer demand for them growing year upon year. These wines are world class. We’re really proud of our support of this exciting and growing industry.” Rebecca is one of the wine experts set to judge the brand new UK Wine Awards. She will join judges including Susie Barrie MW (leading wine writer and one of the wine experts on BBC One’s Saturday Kitchen) and wine luminary and television presenter Oz Clarke. "What a year to initiate our new UK Wine Awards," says Oz. "The French finally admit they like our wines. New York decides that English bubbles are the next big cool wine ‘thing’. And we are planting a million new vines in our nation this year. We are bubbling with confidence.”

Sixteen Ridges vineyard is one such vineyard that has burst onto the wine scene to rapturous praise. It has won many awards for its sparkling wines as well as its white, rose and red (just last month, The Independent newspaper plumped for Sixteen Ridges Pinot Noir Early Red as one of its 14 best English wines). Made from grapes grown on sheltered hillsides in Worcestershire and Herefordshire, the Sixteen Ridges range was founded by Simon Day – a man with more than 20 years wine-making experience under his belt. He is now reaping the rewards of Pinot Noir and Seyval Blanc vines planted in Worcestershire in 2007, and more recently, Bacchus vines and further Pinot Noir planted on the Ledbury Wall Hills in 2012, all of which are thriving in the UK climate.

The Sixteen Ridges Signature Cuvee Sparkling Brut from the 2013 vintage, created using the Traditional (Champagne) Method, is a favourite with critics and customers alike. Described as a vivacious, sparkling white, this elegant, crisp wine, already has several international awards to its name. With credentials like that, it’s certainly worth toasting its success for English Wine Week.