With spring on the way, Gopi Chandran, Executive Head Chef at Sopwell House in Hertfordshire, shares his recipe for a delicious and nutritious salad that will get you starting the season right. 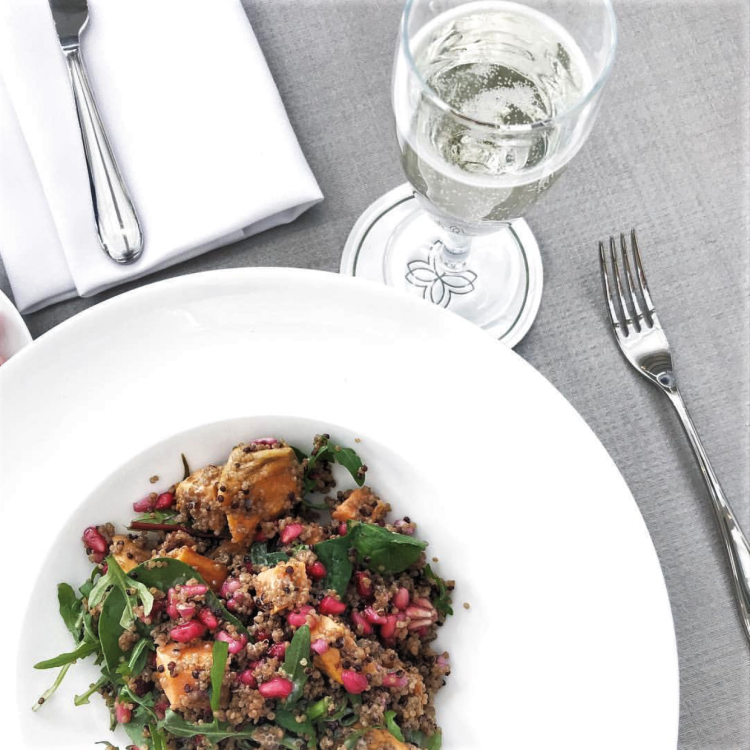 1. Heat 3 tbsp of oil in a large skillet over a medium heat. Add the fennel and season with salt and pepper. Cook for around 10-12 minutes, stirring occasionally, until the fennel is just tender and lightly golden. Add the lemon juice, and sugar. Stir through and cook for a further minute. Season with salt and pepper and set to one side.
2. Preheat the oven to 180 C. Drizzle the sweet potato with olive oil, sea salt and cumin. Roast in the oven for 10 minutes, and then set aside.
3. Meanwhile, bring the quinoa and 700ml water to a boil in a medium saucepan. Cover and reduce to a low simmer for around 10 minutes until the quinoa is cooked. Drain and return to the pan. Let the quinoa sit in the pan covered for 15 minutes, before fluffing with a fork and transferring to a large bowl.
4. Remove the peel and white pith from the lemon. Cut between the membranes to release the segments. Discard the membranes and roughly chop. Add the chopped lemon with its juices to the cooked quinoa along with the remaining 1 tbsp of oil and stir. Add the fennel mixture, sweet potato, chilli, and herbs. Gently incorporate and season with salt and pepper. Transfer salad to a bowl or platter and sprinkle with pomegranate seeds.