The Hope and Anchor – Best Pub In Lincolnshire

You’ll find the best pub in Lincolnshire at South Ferriby, just five minutes from the southern end of the Humber Bridge and enjoying a spectacular location looking out over the estuary. The Hope and Anchor is the only restaurant in the county to holds a Michelin Bib Gourmand and for the last two years has been named Best Pub in Lincolnshire at the National Pub & Bar Awards. At the helm are Managing Director and Executive Chef Slawek Mikolajczyk and General Manager Amy Heward, both of whom honed their craft at nearby Michelin-starred Winteringham Fields. They are keen to pass on their skills to the next generation, currently running apprenticeships for three would-be chefs at the award-winning venue. “The industry has a real shortage of chefs,” says Slawomir, “so it’s vital that we do what we can to encourage young people into the industry.” 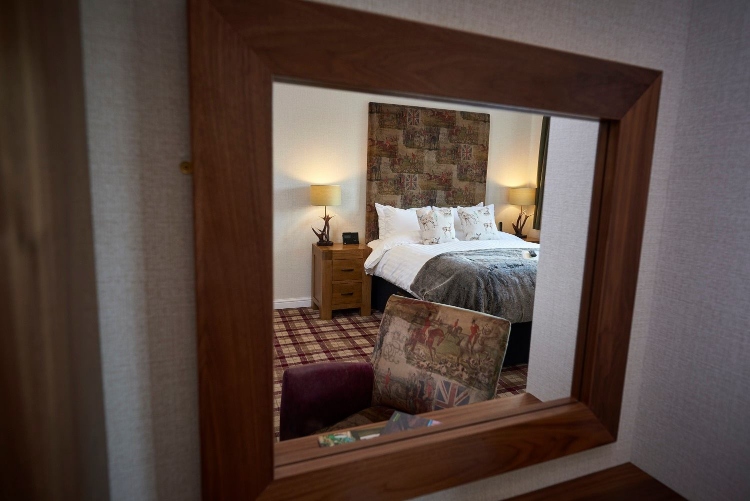 A typical meal at the Hope and Anchor might start with Steamed East Coast mussels, cider & dill sauce followed by Pork two ways with girolle mushrooms, truffled celeriac and silky mash and for dessert Chocolate pave with raspberry sorbet. There are also separate Vegan and Vegetarian menus along with a carefully chosen wine list, local guest ales and cocktails. 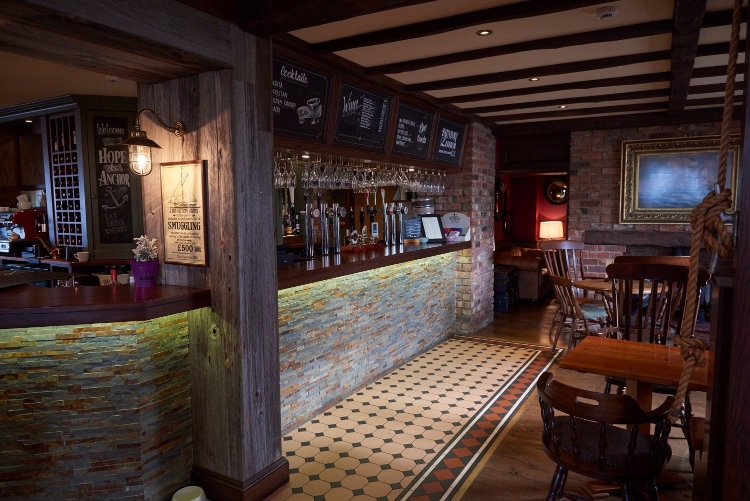 The Hope and Anchor also has five stylishly appointed rooms, three of which look out over the river. So whether you’re walking your dog and fancy dropping in here for a quick pint or staying over at one of the East Coast’s destination dining venues, you can expect an equally warm welcome. 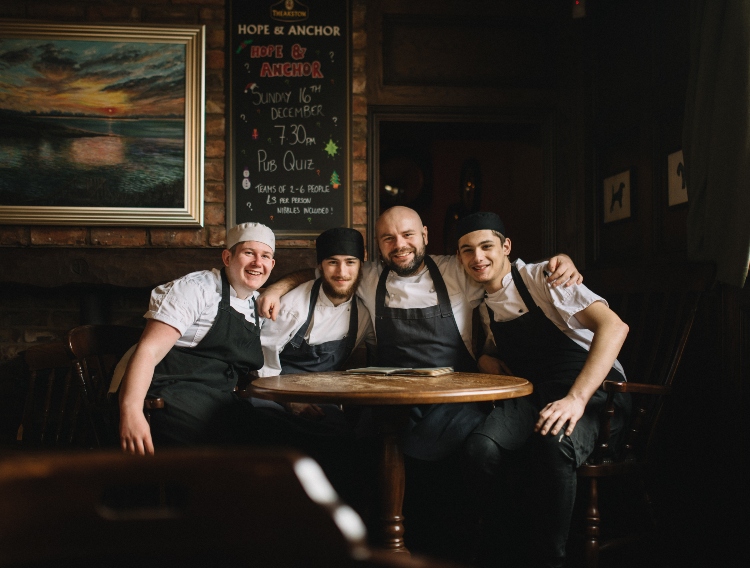