Scotch eggs made with smoked haddock kedgeree and slow-braised lamb shank pot pie are just two of the treats in store for diners at Tyneside’s newest venue. The historic The Union Rooms – formerly JD Wetherspoons - at Westgate Road, is set to unveil the results of a multi-million-pound facelift on 22 November. Under new owners, Cyclone Leisure, the Grade II-listed building will feature a refurbished bar area while putting a stronger emphasis on food. Dating back to 1877, The Union Rooms started life as a gentleman’s club called The Union Club and counted 19th century industrialist and engineer Lord Armstrong among its members. Heading up the eight-strong kitchen team is Head Chef Dean Lathbury, whose culinary career has encompassed some of Tyneside’s best-loved restaurants and who is moving to The Union Rooms from its sister venue, Gosforth’s San Lorenzo. “Although there will be a pizza oven, so customers can watch pizzas being made and cooked from scratch, the menu will largely feature some very modern British dishes,” says Dean. “I really enjoy bringing different flavours and textures to classic dishes such as truffle-infused ricotta with asparagus and Parma ham, for example, or risotto with lightly curried cauliflower.” 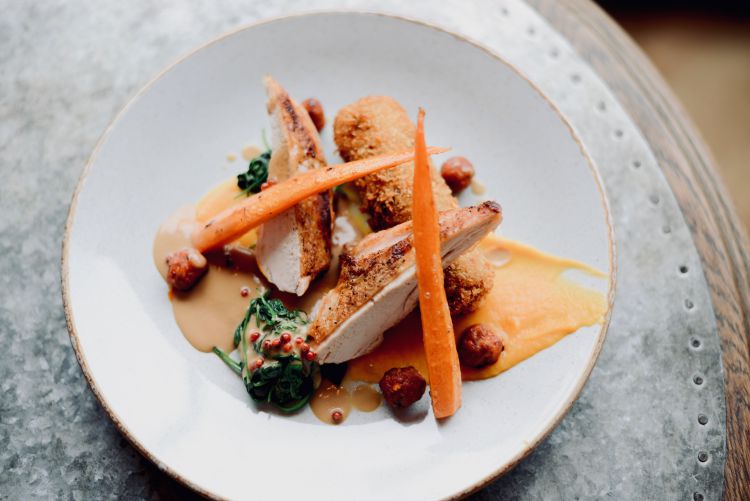 With the opening date of 22 November in sight, Dean is concentrating on sourcing authentic ingredients and perfecting the dishes that will grace the new menu. “When I was younger I also lived in Gibraltar for three years,” he says, “and that introduced me to seafood – which is still my first love. Here in the North East we have access to the finest and freshest, so expect to see it on our menu – and we are currently trialling a range of vegan dishes we’ve created. I don’t believe the current interest in veganism is a flash in the pan – it’s here to stay as people become more aware of environmental issues and start to look at their daily diet.”