Ian Moss is Head Chef at Oddfellows on the Park, a beautifully restored Victorian Gothic building set in 120 acres of parkland in Cheadle, south of Manchester. The 22-room boutique hotel opened in spring 2017 and Ian oversees the entire food operation including the fine dining restaurant, The Galloping Major. He trained in London working under top Michelin-starred chefs Marcus Wareing and Brett Graham but says it was only when he moved to Northcote in Lancashire that he really understood the importance of seasonality and local produce.

What first got you into food? Who were your early influences?
I cooked at home all the time with my parents – they are keen home cooks. I started like most kids trying baking. I remember making awesome peanut butter cookies, and at Christmas time, making up to 100 mince pies with my Dad. As a teenager, Jamie Oliver inspired me. He was young and cool, and he made cooking look fun. He took it away from a formal science and cooked things he likes according to taste. And Ramsay too, he was a big influence growing up. It was the time of the rise of the British chef and as a teenager that was a big push that I could go out and do it too.

Tell us about the most memorable meal you've ever had.
I’m sure a lot of people will say this, but it’s got to be The Fat Duck in Bray. Heston introduced theatre to food in a way that had never been seen before. I went close to it opening and I was blown away by the possibility of what could be done. My food is completely different - I stand by the simplicity of good ingredients - but Heston does what he does incredibly well and I would recommend it to anyone. 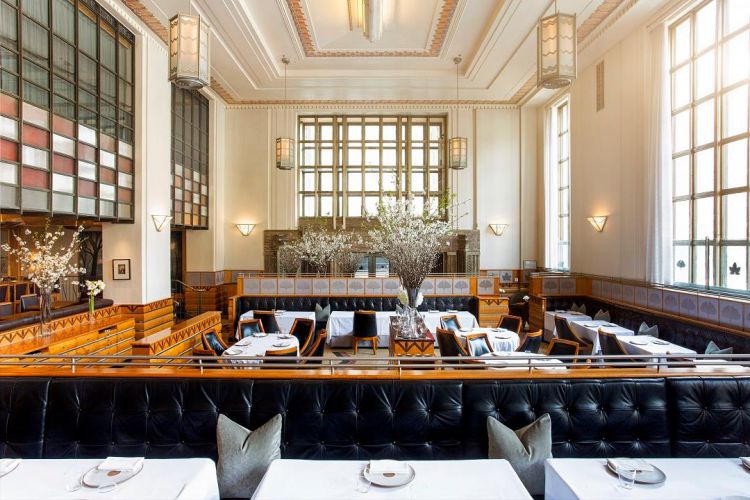 We're sending you on an all-expenses paid trip to a restaurant of your choice anywhere in the world. Where would you go and why?
I really want to try Eleven Madison Park in New York. Daniel Humm is a brilliant chef and I love his recipes. It’s considered the best restaurant in the world at the moment so of course every chef would want to try it! While I’m in New York, I’d spend a week happily eating my way through the city’s best restaurants.

The Galloping Major @ Oddfellows On The Park